One of my favorite classes in college was United States History.

I’ve always found history interesting, and this particular professor also professed a deep love for his content–a win on the engagement front. I couldn’t soak in enough information during that hour.

My favorite thing he ever told us though was a sort of passing comment during a larger conversation.

“Until the 1930s, the presidential inauguration was always held on March 4th,” he said. “You know, so the president could march forth into office.”

Now, I can source the fact from the first statement. Every president (save a few extraordinary circumstances) was sworn into office on March 4th until Franklin Delano Roosevelt’s second inauguration in 1937. The problem is, I can’t seem to find a source confirming the second piece–which happens to be my favorite part.

Maybe it’s true; maybe he was just making a good joke (as history teachers are obviously known to do), but this fact has remained with me: March is a verb.

I’ve always loved that about the month of March especially because it always feels like a month on the cusp–a month of movement. Without fail, I always feel ready to march forth into something new each spring (another verb, hello), and this season is no different.

We’re collectively ready to move into the growth ahead.

But, since we’re kind of still on the cusp, here’s what I was up to during March (in case you were wondering).

I read three books this month which brings my 2018 total to 7 so far. I’m feeling pretty good about that statistic, but I’m feeling even better about my book choices this month. It’s easy to read 3 books in 30 days when they’re good.

I got around to this one only about 2 years after it was first recommended to me, and I am so glad I did. Novels have a tendency to start out really strong for me and then leave me wanting a little in the end, but this book did exactly the opposite.

Ove, upon first introduction, is a cranky and stubborn old man, but as his past story emerges, so does a really heartwarming and endearing story. I loved everything about this one; it just took me a few chapters until I felt really invested.

This novel was really fun because it takes place in Shaker Heights, another Cleveland suburb not far from where we live (I may have driven past one of the houses from the book today). I particularly enjoyed reading descriptions of the city from different, fictional perspectives (not to mention the fact that I finally learned what a “tree lawn” is).

There is a lot that happens in this book as two very different families converge. I really liked the plot but felt like the book ended right before all the characters were going to start changing and developing for the better. Maybe that was the point? I don’t know.

In any case, I did really enjoy this one, but, per my previous confession, it left me wanting a little in the end.

Born a Crime by Trevor Noah

This is the one I want everyone to read and then talk to me about. I found Trevor Noah’s memoir to be a fascinatingly honest reflection about his life growing up in South Africa during and post-Apartheid.

His stories run the gamut from funny to shocking to heartbreaking, but his insightful analyses of all the various seasons of his life remain consistent and are incredibly thought-provoking.

Of all the books I read this month, this would be the one I would tell you to read first.

I was busy over at Mighty Moms this month, but also found some time to reflect upon the screwdriver currently functioning as a toilet handle in our house this month.

It’s good to let your brain process a variety of different things, if you ask me. 😉

What I Thought About

I’ve been thinking a lot about 1 Peter 3:15 this month (a very specific place to begin).

…in your hearts honor Christ the Lord as holy, always being prepared to make a defense to anyone who asks you for a reason for the hope that is in you…

I’ve also been thinking about this paragraph from the very first chapter of Born a Crime:

My whole family is religious, but where my mother was Team Jesus all the way, my grandmother balanced her Christian faith with the traditional Xhosa beliefs she’d grown up with, communicating with the spirits of our ancestors. For a long time I didn’t understand why many black people had abandoned their indigenous faith for Christianity. But the more we went to church and the longer I sat in those pews the more I learned about how Christianity works: If you’re Native American and you pray to the wolves, you’re a savage. If you’re African and you pray to your ancestors, you’re primitive. But when white people pray to a guy who turns water into wine, well, that’s just common sense.

Now, Trevor Noah is coming from a place of cynicism, but I still can’t seem to get that last sentence out of my head. Jesus was ridiculous. I can’t very well make a defense for what I believe based on another religion being unbelievable or impossible. That whole water to wine thing was just the tip of the iceberg of things he would do, after all.

With this thought process still in the back of my mind, I read all the accounts of Good Friday this past weekend as told in all four Gospel books and was continually drawn to the voices of those who mocked Jesus on that last day:

If you are the Son of God, come down from the cross.

He saved others; he cannot save himself.

Let the Christ, the King of Israel, come down now from the cross that we may see and believe.

It didn’t make sense. What kind of person willingly endures something so excruciating when he doesn’t have to? He could have saved himself. He could have come down from the cross.

It didn’t make sense because, for them, death was the end of the story.

I understand their confusion. But, the difference between those onlookers and me is that I can hold the actual end of the story in my hands.

And as I think about making a reason for the hope that is in me, well, I think the end is where it begins.

But when I think about the fact that everything God does is moving toward eternity, then all those things that are seemingly counterintuitive start to make sense.

And those are just a few of the light and easy things I’ve been trying to sort through. (This blog post is, of course, not for well-polished, final thoughts, you know.)

I will never not be obsessed with the fact that both “March” and “Spring” are, by definition, forms of forward motion.

Not only that, but this season also gives me life because it is literally breathing life into everything around me.

Now it’s just up to April to bring us some warmer temperatures so we can get less metaphorical about the whole thing and literally march outside and into the spring. 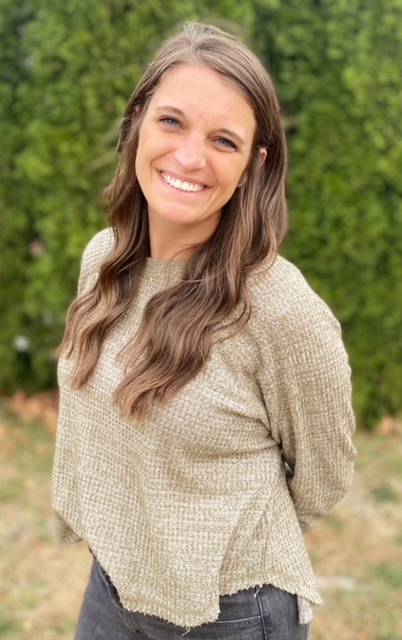 a few pictures to correspond with my essay over on @coffeeandcrumbs today:
My monthly newsletter hits inboxes tomorrow morning, and I spy (or hear) 7 of this month’s 20 somethings hidden here!
shout out to this week’s unofficial sponsor: books. 🤓